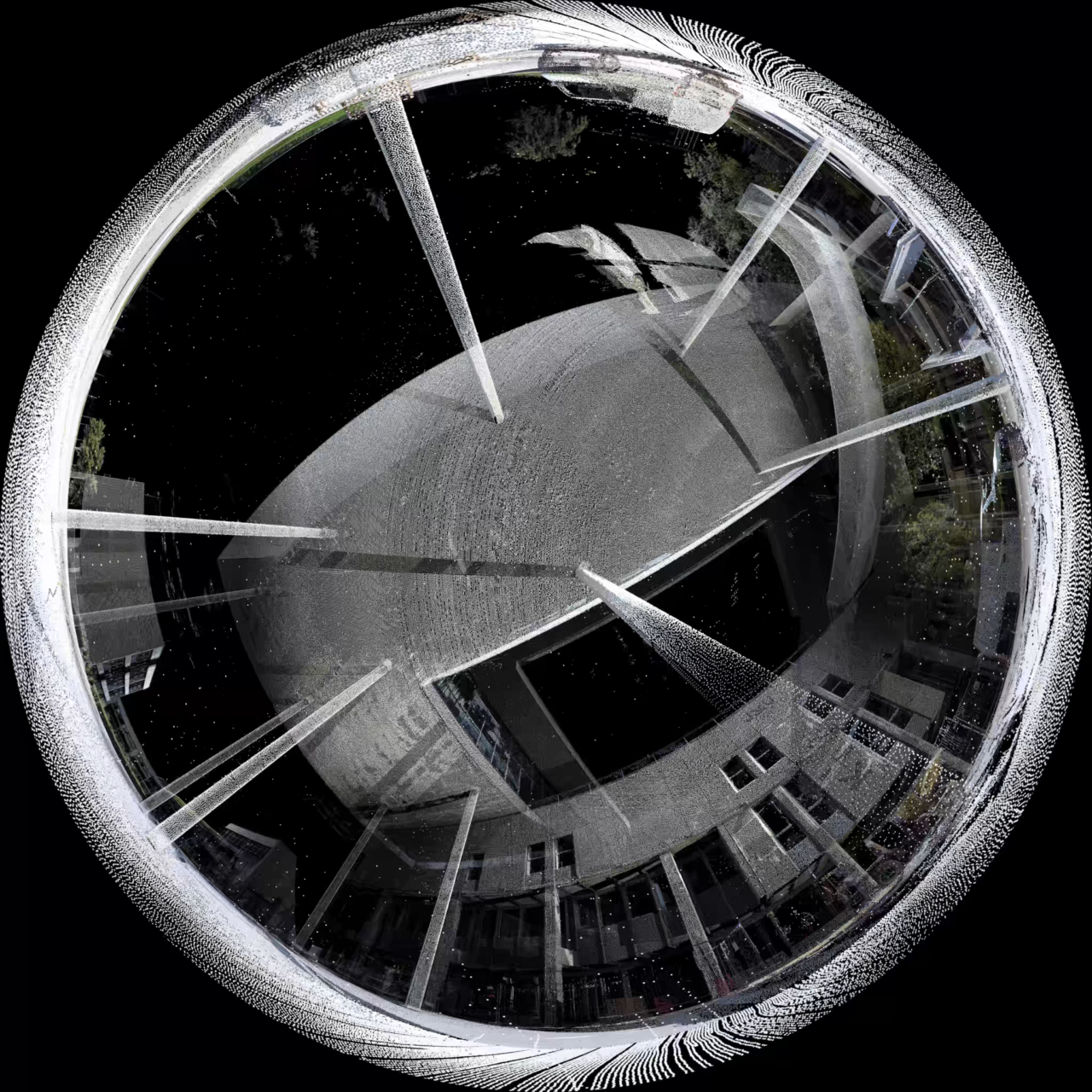 The immersive film “site-inflexion" invites visitors to take part in a site-specific virtual and acoustic journey. The scenery and soundscapes of the Johannes Kepler University campus are the main actors in the work, alluding to Johannes Kepler's activity as a landscape mathematician. A laser- scanned topographic survey becomes an audio-visual environment transfigured by the everyday sounds that inhabit them. Oscillating between urban pollution and phantasmagoria, structures and lawns bend and curve under the effect of sound waves, reaching their inflection point by tipping towards the unknown. In site-inflexion, acoustic parameters manifest in visual distortions, allowing users to experience the spatiality of sound through a multi-sensory perception of our (urban) environment. A tangible 360° composition that reveals the inextricable interconnectedness of space and sound.