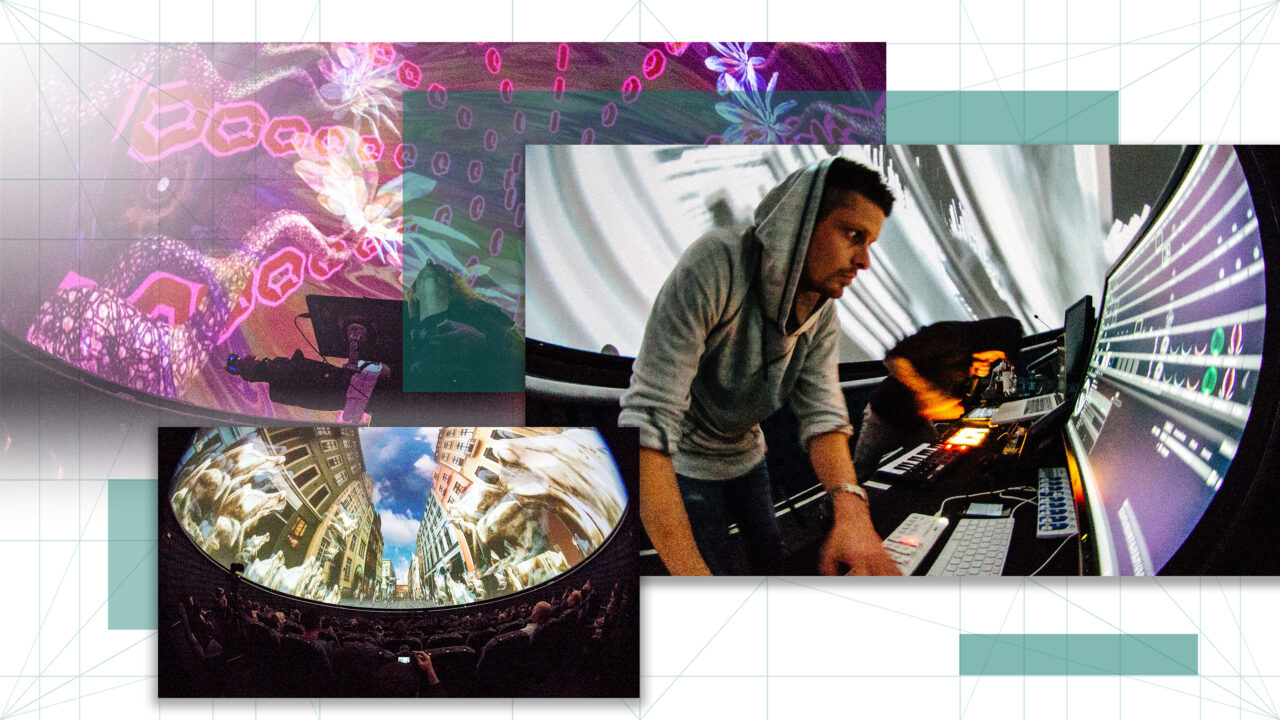 FULLDOME UK is a nonprofit organisation that aims to support artists and researchers working in the field of immersive dome environments.

We do this by organising fulldome festivals, screenings and workshops. These events provide an opportunity for film makers and performance artists to share their skills and experience with the fulldome community and to present their work to new audiences.

The first FULLDOME UK event took place at the IVT dome at the University of Plymouth in 2010. Since then, further events have taken place at the Thinktank planetarium in Birmingham and the National Space Centre in Leicester. We have also organised several events with the worldwide fulldome community, co-hosting festivals as far afield as Russia and Brasil.

We are very excited to be retuning to Plymouth in 2022, this time in a fantastic new purpose-built fulldome venue - the Devonport Market Hall.

Some imagery from past FULLDOME UK events below